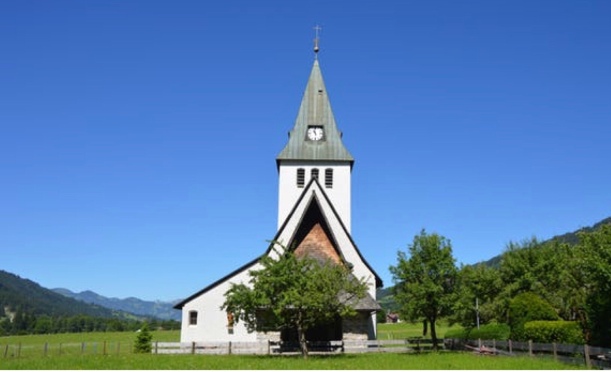 With churches hovering every corner, how do we decide which to attend? I am grateful we even have options as so many are forced to seek Jesus in secret. However, we are still left with the decision of which church to attend.

After an unforgettable two years in Colorado, my family moved back to Virginia. We thought about returning to our tiny church, but we hoped to find a church with more people, programs, and opportunities. That deceptive word, “more”, led the search.

We visited seven churches throughout the year, our children asking each time, “Is this the one?” They quickly grew tired of church hopping, and so did we.

Until, we finally decided on a church that had more than we could imagine. I was relieved, for a moment. But after a while, I had an unsettled feeling.

The church had a seasoned band, engaging sermons, a massive number of people, and most everything I thought I wanted. I volunteered in the large church, and while we met people, we didn’t have a true community of friends there. That gaping hole was the unsettled feeling that burdened me.

Jesus valued community and sent his disciples out together. Mark 6:7 tells us that, “Calling the Twelve to him, he began to send them out two by two.”

Even though Jesus retreated alone at times, he also spent a lot of time with people. It was important to him. I wonder if Jesus sent his followers out in twos to strengthen one another? For companionship? To avoid loneliness?

Mother Teresa once said, “The most terrible poverty is loneliness, and the feeling of being unloved.”

We were made for community – not to brush shoulders and simply greet each other on Sundays, but to walk together. To connect with each other.

In Luke 17:21, Jesus said, “The kingdom of God is within you.” The church is not a building. It’s a community of people. I had to learn the roundabout way that what mattered most wasn’t more programs and people, but deep friendships and community. So, we returned to our small church, their arms open wide, welcoming us back.

It was renewing to know and be known. After service one day, my daughter said, “Mom, all our friends are here!” I think the answer to finding a church was far simpler than I had made it.

Are you in the midst of searching for a church? If your beliefs line up with the church and over time you can build community there, then look no further.

Are you lonely where you are, longing for more? If after being involved, you still feel like a visitor, it might be time to look elsewhere.

But, in searching for a church, let’s remember that, “The God who made the world and everything in it is the Lord of heaven and earth and does not live in temples built by human hands.” (Acts 17:24) The Lord is far beyond the limited spaces we create to seek him.

Being with friends and seeking Jesus together is where “true life” is found. It’s where true church is found.